A new beginning inspired by passion for pilot watches

Leonhard R. Mueller was the initiator and executor of the ambitious plan to revitalize the traditional Berlin brand ASKANIA and make it a fine address for high-quality handmade watches. He comes from the goldsmith town of Pforzheim; He spent a part of his professional life in the watch industry in Switzerland and today, as chairman of the executive board, he embodies the rebirth of the ASKANIA AG in Berlin like no other.

It all began with a book about military and pilot watches, from which Mueller learned about ASKANIA pre-war products and their excellent reputation. “That was the big bang,” he says. “My preference for pilot watches gave me the idea of continuing what had been done so brilliantly at ASKANIA. It was a crazy idea, but it electrified me in such a way that from then on, my thoughts and wishes were focused on ASKANIA watches.” Finally, the time had come in 2004. After the acquisition of the rights to the name ASKANIA, the company ASKANIA AG was entered in the commercial register. Before that, Leonhard R. Mueller had tested the reactions of potential customers with a small stand at the 2004 International Aviation Exhibition, since the name still has an exquisite reputation in the aviation industry.

"My preference for pilot watches gave me the idea of continuing what had been done so brilliantly at ASKANIA."

The ASKANIA watches have their roots in Berlin. In 1871, Carl Bamberg, the son of a watchmaker from Thuringia and a protégé of Carl Zeiss, founded a manufactory called “Bambergwerke” at Linienstrasse 185 in Berlin. Thanks to outstanding innovations in the field of measurement technology, the company developed into a leading representative of the precision mechanics and optical industry in Germany and soon worldwide within a short period of time.

Bamberg made his mark with high-quality nautical, geodetic, geomagnetic and astronomical precision instruments for marine, observatories, research and expeditions. The time balls, developed in 1874 for the Cuxhaven port, and in 1876 for the port of Hamburg, for the synchronization of deck watches and ship chronometers, also gained attention. The first ASKANIA watches were pocket watches with manual winding movements. From the very beginning, Bamberg placed great emphasis on international recognition, so that in 1876 he exhibited his products at trade fairs in London and Philadelphia. 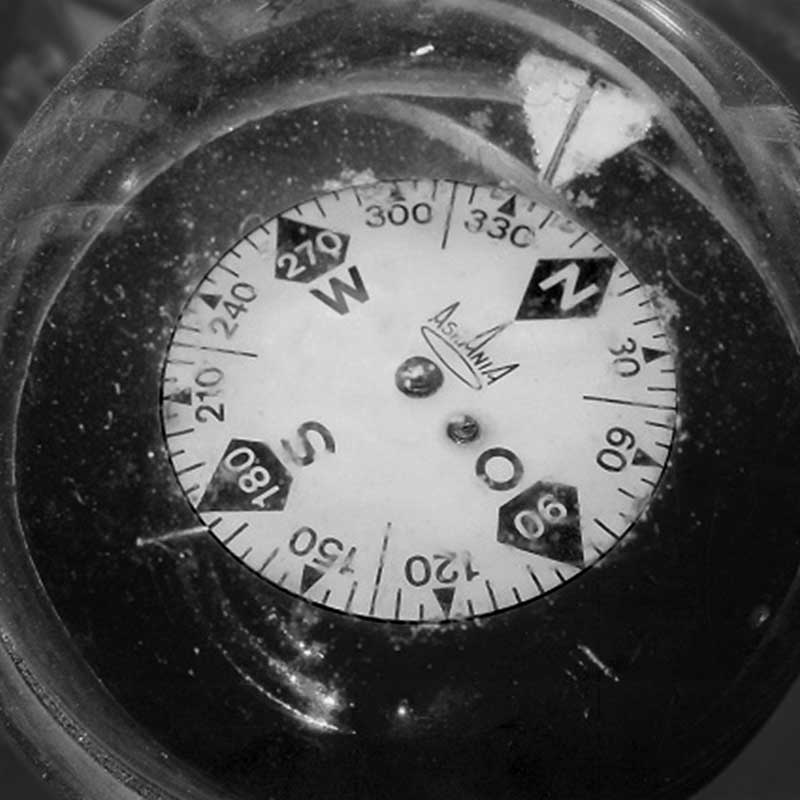 At the turn of the century

A proof of the quality of the Bambergwerke, and later of ASKANIA, was the cooperation with numerous renowned customers, such as Junker, Zeppelin, Dornier, Messerschmidt, Bücker, Siemens & Halske or Schottwerke Jena. Bamberg also cooperated closely with the Imperial Navy, for which he became the main supplier of measuring instruments. The successful development continued when Carl Bamberg died in 1892, at the age of 44, and first his widow Emma Bamberg, born Roux, and later his son Paul Adolf Bamberg, took over the management of the precision engineering company in 1904. In the period before and after the turn of the century, for example, entire series of high-precision scientific apparatus, such as coordinate measuring devices for measuring large-format photographic glass negatives from the fields of physics, astronomy and geodesy were produced. The company was thus in competition with well-known companies such as Carl Zeiss Jena or Adam Hilger London, while gaining international reputation in the scientific community at the same time.

The company founded by Carl Bamberg reached its peak in the two decades between the First and Second World Wars. During this time, Max Roux was in charge of the company.

The ASKANIA-WERKE AG was founded in 1921 in Dessau as a result of a merger with the Central-Werkstatt für Gasgeräte GmbH. The name and the crown as company logo refer to the aristocracy of the Askanians, who had an outstanding historical significance for large parts of today’s eastern Germany, especially in the high and late Middle Ages. Albrecht the Bear was their first significant representative. He played a decisive role in promoting German settlement of the Slavic borderlands and eventually founded the Mark Brandenburg. After the merger, the ASKANIA-WERKE AG with locations in Berlin and the surrounding area of Berlin, became the most important German manufacturer of aviation and navigation instruments. At the end of the 1920s, in addition to branches in Germany, ASKANIA also had branches in Paris, Houston and Chicago. 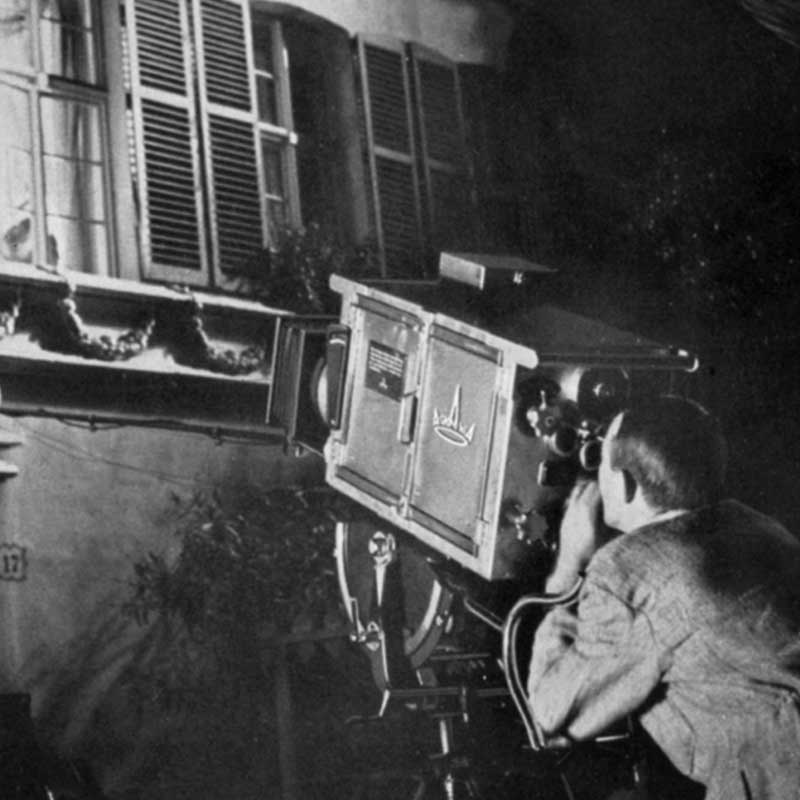 Since the 1920s, the company has also built film projectors, stereoscopic cameras and film cameras, which were used, among others, for the UFA filming of the movies Der blaue Engel with Marlene Dietrich and Quax, der Bruchpilot with Heinz Ruehmann or Leni Riefenstahl’s Die weiße Hölle vom Piz Palü. In 1935, the world’s first portable shoulder-mounted camera was introduced by ASKANIA. During the 1936 Summer Olympic Games, time measurement instruments and film cameras were used to record the competitions.

Voelker Schloendorff shot parts of the famous film Die Blechtrommel with ASKANIA film cameras. The night-flight instruments, on-board instruments and pilot clocks supported aviation pioneers, such as Ehrenfried Guenther Freiherr von Huenefeld during his first crossing of the Atlantic Ocean or Elly Beinhorn in achieving her long-distance flight records. ASKANIA onboard instruments were installed in numerous aircrafts, including those of Lufthansa. In the 1920s to 1940s, there was hardly any aircraft without ASKANIA on-board instruments, which provided reliable service in any weather, in any situation and at any time of the day or night.

After the second world war

After the end of the Second World War, the ASKANIA WERKE was split up. In January 1946, for example, the branch manufactory in Teltow became ASKANIA Feinmechanik und Optik GmbH Teltow, a subsidiary of the ASKANIA-WERKE AG Berlin-Friedenau.

Altogether, the ASKANIA story after 1945 was strongly influenced by the increasing conflicts between the Allied victorious powers. Legal disputes and a constant back and forth have led to an increased loss of significance for the individual ASKANIA divisions. Finally, in the 1960s, a considerable part of the remaining ASKANIA Werke AG production facilities were transferred to other companies. ASKANIA was largely taken over by Siemens in 1971.

This marked the provisional conclusion of a typical example of German industrial history of the 19th and 20th century. In the second half of the 19th century, many companies experienced a successful development, which often came to a standstill due to fascism and war. In the case of ASKANIA, some divisions were able to continue their work, including the ASKANIA watch manufactory in the German capital, which was brought to new life by Leonhard R. Mueller. 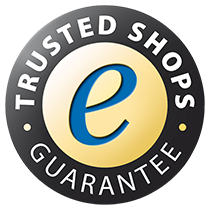